Be Careful: With the Fed Meeting on Wed-Thu and a lot of earnings the next couple days…markets will likely be volatile.  Just remember the trend is still Bearish until we have a higher low and higher high.

FND had been in a long-term downtrend. However, it reported earnings on 11/1, experiencing a violent and volatile reversal to break up into an RBB pattern. After consolidating for 2 days to retest the 50sma the next two days, the Bulls stepped in on Tuesday to form what can be seen as a Morning Star (and/or a Bullish Engulfing signal) on Tuesday.

I will look additional confirmation with an Entry above Tuesday’s High and a Stop below Tuesday’s Low and the 50sma. The Targets were chosen based on the Daily and Weekly charts.

Trader Vision shows us the earnings are out of the way, giving us 3 months until they come around again. It also shows us this trade setup has 2 Bullish and 3 Bearish conditions (should be 4 Bullish) as the Bearish pattern is a false read and while not technically a Bullish signal, it is close enough.

TV20/20 shows us that this Trade Plan offers moderate Risk to Stop ($170), but good potential Reward ($563) for a 3.31:1 Reward/Risk overall. However, it also tells us we can achieve the trade goal for this trade even before reaching the 1st Target. And if we do reach that 1st Target, we can get a 2.31:1 Reward/Risk at that point.

Below is my markup of the chart and the trade plan as laid out by Trader Vision 20/20.  As a bonus, if you click the green button below, you’ll be able to watch a video of the chart markup and trade planning process. 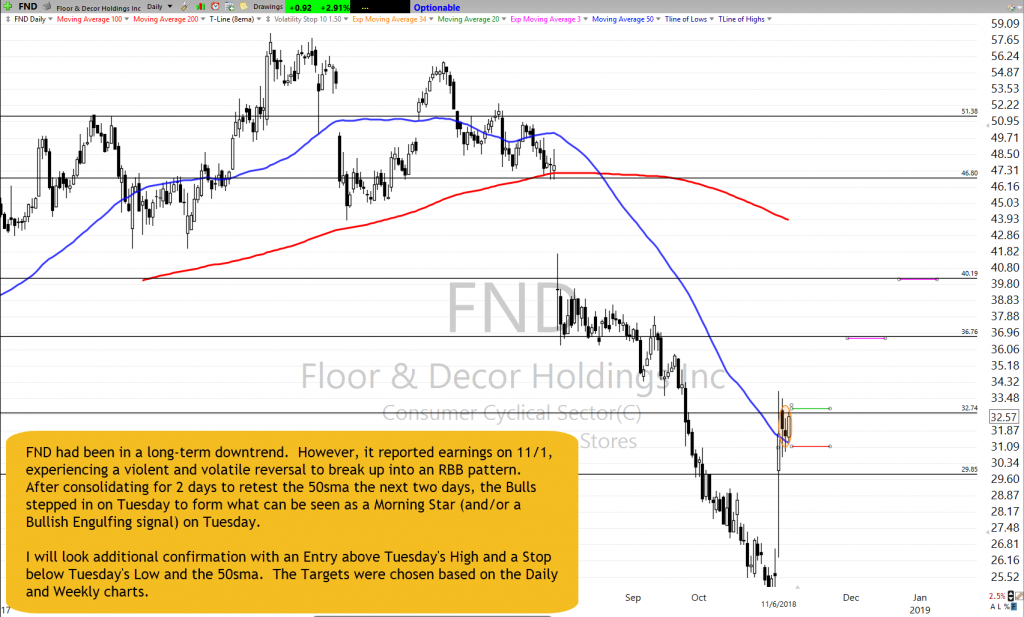 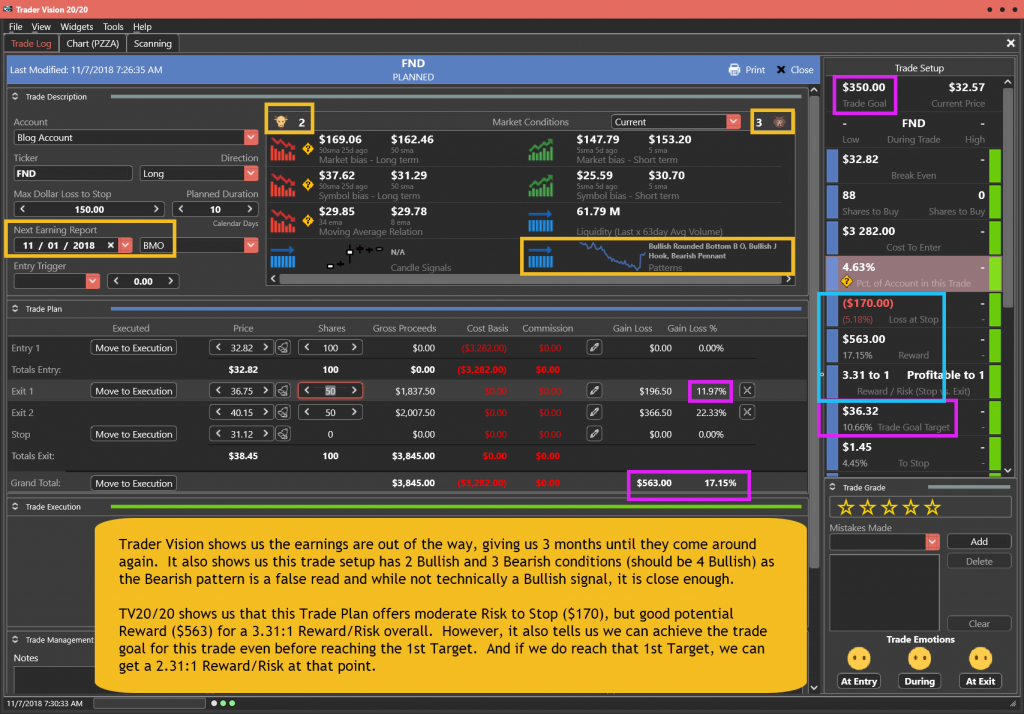 Note how Trader Vision 20/20 does so much of the work for you.  Knowing the ratio of Bullish Conditions to Bearish ones as well as the overall risk of the position size, the risk to Stop out and the Reward possible at each Target price can help a great deal with controlling our emotions.  Knowing the dollar impact of every scenario ahead of time, allows us to make calm decisions during the trade.  It really takes the pressure off.  No guesswork.  No surprises.  No emotional roller coaster.

To see a short video of this trade’s chart markup and trade planning, click the button below.

Trader Vision immediately simplified the process…immediately it provided that information and guidance to me. I knew what I would risk for how much reward, I began taking trades off at the 1st target, 2nd target, I was no longer holding all my trades for the homerun. I also began implementing the stop losses if and when they were reached, not just hoping the stock would recover.  It then became easier to see what patterns were working for me and which were not.  It provided a much more relaxed and stress-free environment. –Joan G