You’ve lit dozens of candles over the years, I’ll bet: birthday candles on top of frosted cakes, scented candles to mask unpleasant odors, decorative candles during the holidays, and maybe even purely utilitarian candles when your electricity was out and you couldn’t find a flashlight. Picture the shape of a candle in your head. There’s the body, which is typically cylindrical in shape (boxy from the side), and there is a slender wick, which extends from the top. Keep that basic shape in mind, because today we’re learning how to read a candlestick chart.

How to Read a Candlestick Chart 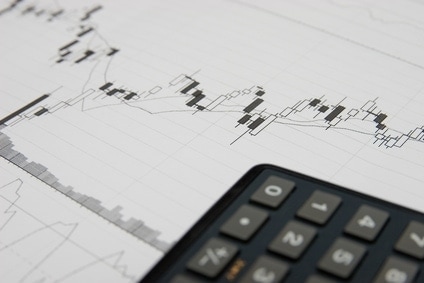 Japanese candlesticks, which are used to chart data, come in many different shapes and sizes. Some are all body and some are all wick, but let’s start by looking at the basic formation of a candlestick. A candlestick typically has a boxy center, known as the body, which can either be filled (black) or hollow (white). The body displays the open and close values of a specific time period. Filled bodies are used when the stock closes lower than its opening price, and hollow bodies are used when the stock closes higher than its opening price.

Two thin lines extend vertically from the body, one from the top and one from the bottom. These lines are called wicks (or sometimes “shadows” or “tails”), and they represent the high and low values of the time period.

Here are some other handy things to know about candlestick charts:

Many traders find Japanese candlestick charts to be more visually appealing and effective than other investing charts. They’re also easier to read. With a quick glance, you can compare the high-low relationship as well as the open-close relationship of a specific time period. When you begin to recognize candlestick patterns and positions, you’ll be better able to analyze the market and make predictions for the future. Good luck!