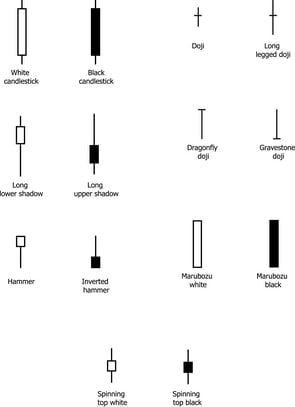 Although there are many other handy and reliable indicators to keep an eye out for, these are some of the best candlesticks patterns around. So if you’re just starting out in the world of Japanese candlesticks, be sure that you’re able to recognize and appropriately react to these five patterns at the very least. They’re dependable, effective, and very useful. Good luck!

If you’re interested in mastering some simple but effective swing trading strategies, check out Hit & Run Candlesticks. Our methods are simple, yet powerful. We look for stocks positioned to make an unusually large percentage move, using high percentage profit patterns as well as powerful Japanese Candlesticks. Click here to sign up for a FREE 2-week trial membership.